Tara Cheever, principal attorney, formed Cheever Law, APC to fulfill her dream of serving clients in a genuine way where a relationship is formed and she becomes the trusted advisor to her clients.  Rather than practicing in the broken and traditional model of focusing on “document preparation” without true counsel, she guides her clients through the often complicated and confusing course of legal decisions needed to ensure the well-being of their families and their businesses while accomplishing their family objectives and goals.

Originally from the Chicago-land area, Tara attended the University of Illinois and earned a Bachelor of Science with High Honors.  She was inducted into the Beta Gamma Sigma Honor Society for scholastic excellence in achieving the top 10% of the College of Business Administration.  Upon graduation, she moved to San Diego to attend Thomas Jefferson School of Law, earning a Juris Doctor and graduating Cum Laude in 2006.  While at Thomas Jefferson School of Law, Tara received a Fellowship with the Center for Law, Technology and Communications for academic excellence and earned two American Jurisprudence Awards for the highest grades in Community Property and Legal Writing.  Additionally, she was invited into Honors Legal Writing II and the Moot Court Society where she excelled.

While in law school, Tara served as a certified law clerk with the California Department of Justice, Attorney General’s Office where she wrote multiple appellate briefs and presented oral arguments for all three divisions of the Fourth District on behalf of the state.  Tara served in the Attorney General’s Office for over one year and was the first intern to be invited to serve in that capacity beyond the standard three-month program.

Tara is involved in community service, donates to charitable organizations and has volunteered with the San Diego Volunteer Lawyer Program.  She is passionate about living a healthy lifestyle, and in her free time, she enjoys spending time with her rescued Maltipoo, Leo, practicing yoga and pilates, hiking and gardening.  Tara is licensed to practice law in California.

Stay Informed with Our Blog

Current and useful information on a wide variety of topics.
READ 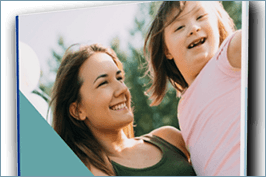 Inside this FREE Special Needs Freedom Guide you’ll discover how to take charge of your child’s future and build a fortress of protection that will last a lifetime.
DOWNLOAD

Friendly, knowledgeable and so easy to work with! Tara makes the whole process painless.