Legendary Rapper DMX Dies With No Will, Millions in Debt, and 15 Children – Part 1 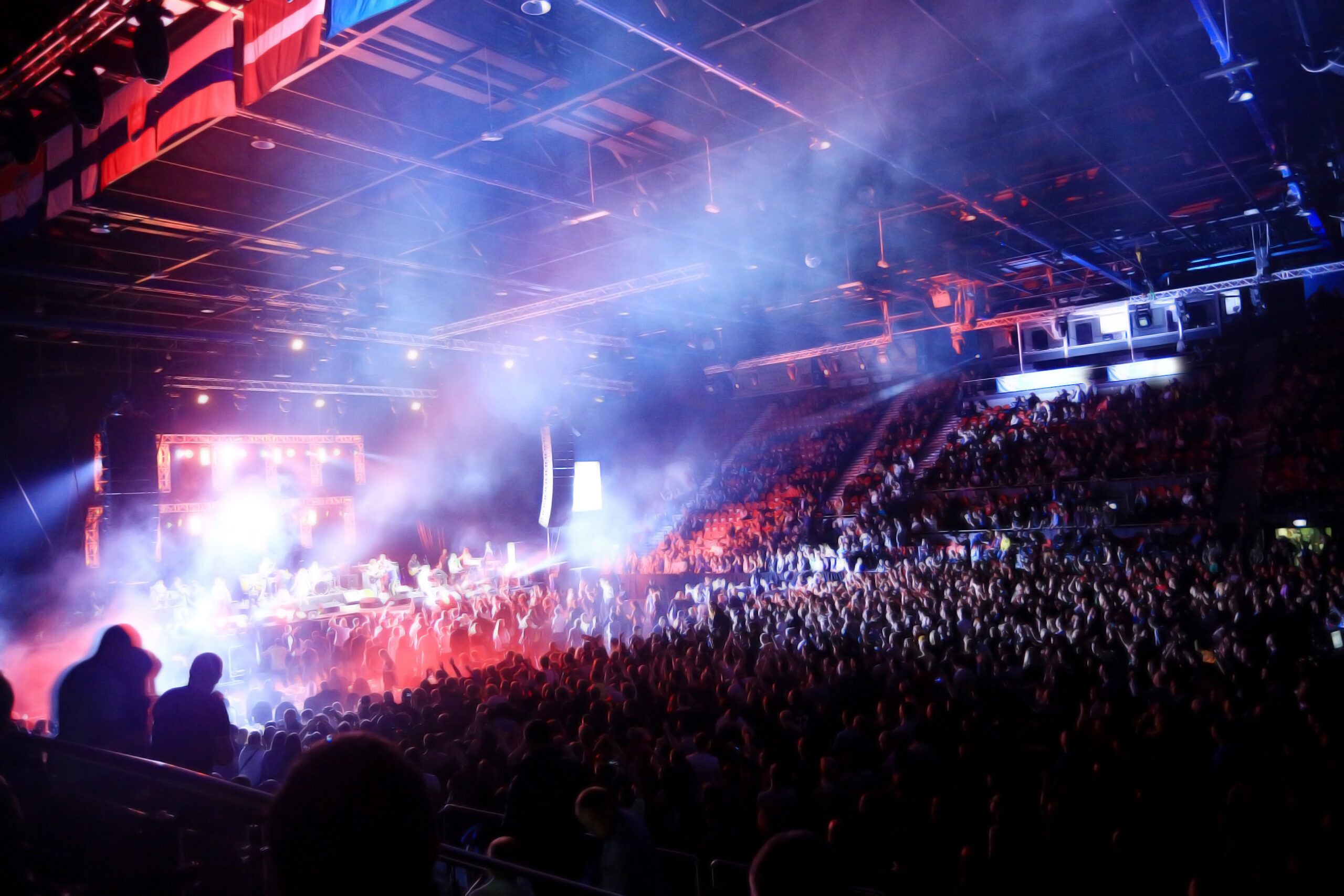 Legendary hip hop artist DMX, born Earl Simmons, passed away on April 9 at age 50 after suffering a massive heart attack a week earlier at his home in White Plains, New York. The heart attack was reportedly triggered by a cocaine overdose on April 2, which left the rapper hospitalized in a coma. After a week of lingering in a vegetative state, his family made the decision to remove him from life support.

Despite selling more than 74 million albums and enjoying a wildly successful career in both music and movies, DMX, who died without a will, left behind an estate that some estimates report being millions of dollars in debt. Even though DMX likely died deeply in debt, just weeks after his passing, multiple members of his family, which includes 15 children from nine different women, petitioned the court seeking to become administrators of the late rap star’s estate.

While DMX’s estate may currently be in the red, his loved ones are presumably fighting over the right to control the rap icon’s recording and publishing royalties, which will likely be a lucrative source of future income. In fact, following his death, Billboard reported that DMX’s total royalties, which include the release of a posthumous album, master recording royalties, and licensing opportunities, are worth an estimated $17.7 million.

With so much wealth at stake and so many children, DMX’s failure to create an estate plan will likely mean his loved ones will be stuck battling each other in court for years to come. And perhaps no one stands to suffer more than DMX’s fiancée, Desiree Lindstrom.

DMX and Desiree, who were engaged in 2019, had been together for seven years, and she gave birth to his 15th child, a boy named Exodus Simmons, in 2016. However, because the two were never married and DMX did not create any estate planning providing for her, Desiree will likely inherit nothing from her late fiance’s fortune.

While DMX’s case is certainly tragic, the lack of estate planning is all too common among famous musicians, including Prince, Jimi Hendrix, and Bob Marley, who all died without a will. More recently, the legendary “Queen of Soul,” Aretha Franklin, who died in 2018, left behind four different handwritten wills, and more than three years after her death, her four adult sons are still fighting each other in court over her estate.

We cover DMX’s story and others like it in hopes that they will inspire you to do right by your loved ones by creating a proper estate plan. Death comes for us all, often when we’re least expecting it. And without any planning in place, you are forcing your loved ones to endure a costly, possibly conflict-filled, and in all cases, an unnecessary legal process resulting in the loss of wealth and assets you’ve worked so hard to create.

Furthermore, estate planning is crucial even if you have far less wealth than the late rap icon. After all, given DMX’s lucrative recording and publishing royalties, his children will likely still receive an inheritance, while similar estate planning failures would almost certainly wipe out a smaller estate.

With this in mind, we’ll discuss DMX’s estate planning mistakes and how those errors have impacted his family, his fortune, and his end-of-life medical treatment. From there, we’ll explain how proper planning could have spared DMX, his kids, and his fiancée from their tragic circumstances, and then we’ll outline the steps you can take to make certain that your loved ones never have to endure such a dire outcome.

From Fame And Fortune To Debt and Prison

Emerging on the scene in the late 1990s, DMX quickly became one of rap’s biggest stars, cranking out chart-topping hits like “Party Up” and “X Gon’ Give it to Ya.” Between 1998-2003, DMX cemented his legendary status in hip hop, with an unprecedented string of five consecutive number-one albums which would earn him three Grammy Awards. From there, DMX parlayed his success in the music biz into an impressive career in movies, starring in a number of hit films, such as Romeo Must Die and Cradle 2 The Grave.

While DMX experienced amazing success in his professional life, his personal life was plagued by serious financial and legal struggles as well as substance abuse. Although his albums earned him more than $2.3 million between 2010 and 2015, DMX filed for bankruptcy in 2013, claiming to have just $50,000 in assets and owing more than $1 million in debt to numerous creditors. The bankruptcy court, however, denied DMX’s claim, leaving him on the hook for his debts.

The majority of DMX’s money problems were caused by the fact that he fathered so many children with so many different women, each of whom relied on the hip-hop icon for financial support. DMX married his childhood friend Tashera Simmons in 1999, and they had four children together and were married for nearly 15 years until their divorce in 2014. However, DMX had numerous affairs during their marriage, some of which resulted in children.

In 2004, DNA testing confirmed that DMX fathered at least one child from these extramarital affairs, and this led to the rapper being sued for unpaid child support. As a result, DMX was ordered to pay $1.5 million to the child’s mother, Monique Wayne.

But that wasn’t the end of DMX’s problems with child support. In his 2013 bankruptcy filing, DMX listed back child support as his priority debt, totaling roughly $1.24 million to multiple women. In addition to outstanding child support payments, DMX’s financial troubles were exacerbated by his failure to pay income taxes, which eventually landed the rap star in prison.

In 2017, DMX pled guilty to $1.7 million in tax fraud, and the court ordered him to spend a year in prison. Although DMX was released from prison in 2019, at the time, he still owed $2.3 million in income taxes. In September 2020, the IRS filed a tax lien against DMX and ex-wife Tashera Simmons to collect the remaining debt, and upon his death, DMX reportedly still owed the IRS nearly $700,000, according to Radar.

A Traumatic Childhood Leads to Addiction

DMX’s troubles as an adult likely stemmed from his abusive childhood. Born to a teenage mother, the rapper was reportedly beaten by both his mother and her many boyfriends as early as age 6, according to the New York Post. At age 10, DMX was kicked out of school for fighting, and a short time later, he was ordered to spend 18 months in a home for troubled youth. By age 14, DMX was living on the streets, where he was first introduced to drugs.

In a 2020 interview with podcaster Talib Kweli, DMX said that his issues with addiction started at age 14, when his 30-year-old rap mentor offered him a joint that DMX didn’t know was laced with crack cocaine. Following that experience, DMX said he began using drugs as a coping strategy to deal with his pain, and sadly, the habit followed him until his final days.

Over the years, DMX entered drug rehabilitation on multiple occasions (his latest rehab stint was in 2019), and the Grammy winner was even forced to cancel an entire tour due to his recurring battles with addiction—which would ultimately claim his life. Toxicology reports showed that the DMX died of a cocaine-induced heart attack that cut off circulation to his brain, leaving the rapper brain dead. Although DMX’s heart was revived at the hospital, he remained in a coma until his mother ultimately made the decision to remove him from life support a week later.

A Family Feud KIcks Off

While DMX’s mother, many of his children, his fiance, and ex-wife were able to visit him in the hospital before he passed away and were all reportedly on good terms, just a few weeks later, several of those same relatives were in court battling one another for control of the late rapper’s estate. And as we’ll see next week, with so many potential heirs and such big money on the line, the fight over DMX’s estate is likely to get quite ugly.

Don’t let what happened to DMX’s family happen to your loved ones. Whether you have no estate plan at all or have a plan that needs review, even one created by another lawyer, contact us, as your Family Lawyer, today. With our support and guidance, we can ensure that your loved ones will always be provided for and stay out of court and out of conflict no matter what happens to you.

Next week in part two of this series, we’ll discuss how DMX’s lack of estate planning created a nightmare for his family, and then we’ll outline the steps you can take to ensure your loved ones don’t suffer a similar fate.

To learn what you need to keep your family out of court and out of conflict when something happens to you, please register for our FREE educational Life & Legacy Planning Webinar.  We look forward to serving you!