Legendary Rapper DMX Dies With No Will, Millions in Debt, and 15 Children – Part 2 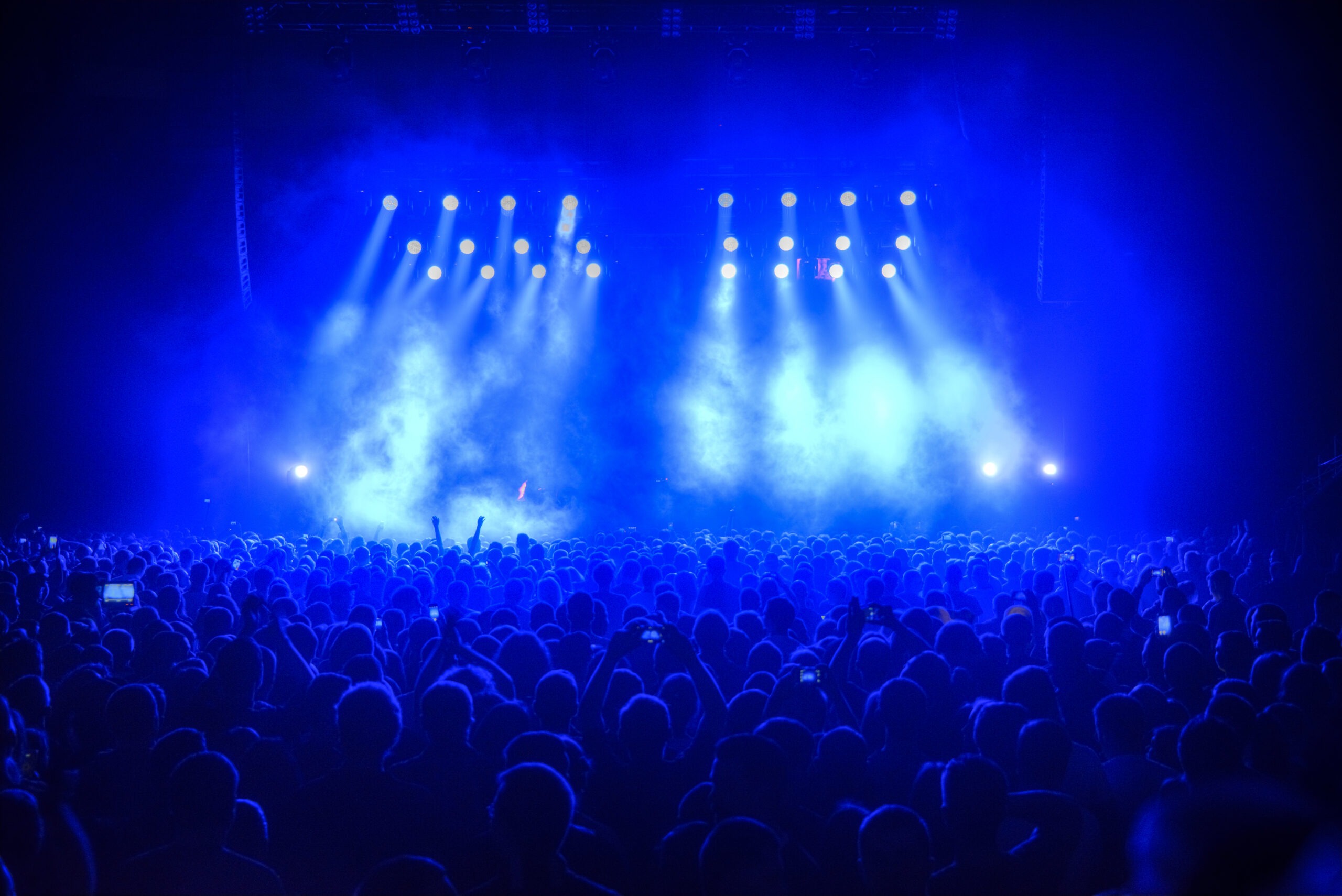 As we reported last week in part one, Legendary hip hop artist DMX born Earl Simmons passed away on April 9 at age 50 after suffering a massive heart attack a week earlier at his home in White Plains, New York. The heart attack was reportedly triggered by a cocaine overdose on April 2, which left the rapper hospitalized in a coma. After a week of lingering in a vegetative state, his family made the decision to remove him from life support.

Although DMX was wildly successful in both music and movies, the rap icon experienced serious legal and financial problems, along with frequent issues with drug addiction throughout his career. Having fathered 15 children with nine different women, DMX’s money issues largely stemmed from unpaid child support, but he also failed to pay income taxes, and both of these issues would land the rapper in prison and rehab on more than one occasion.

The combination of child support payments and back income taxes also left DMX deeply in debt. In fact, some estimates put DMX’s net worth at the time of death at more than $1 million in the red. However, as with other famous musicians, DMX’s overall net worth also included extensive recording and publishing royalties valued at an estimated $17.7 million so even though DMX’s estate will have to pay off his massive debts, there will likely be a fairly significant sum left for the late rapper’s children to inherit.

That said, on top of his failure to manage his finances, DMX also failed to create an estate plan. And as we’ll see below, this lack of planning has already ignited a court battle among the late rapper’s many potential heirs. Even worse, the rap icon’s lack of planning will likely mean that his fiancée, Desiree Lindstrom, the mother of DMX’s 15th child, son Exodus Simmons, will most likely inherit nothing from her late fiance’s fortune.

A Family Feud Kicks Off

Although Desiree and DMX were in a relationship for seven years and raising their son together when he died, the two were never married. In an attempt to establish a claim to his estate, shortly following DMX’s death, Desiree petitioned the New York Supreme Court in an attempt to be legally declared his “common-law” spouse. But the court denied her request, which isn’t surprising given that New York hasn’t recognized common-law marriage since 1933. Had her request been approved, state law would give Desiree priority to control DMX’s estate as its administrator.

In light of the court’s ruling, Desiree will likely have zero say in how DMX’s estate is managed, and unless his other children consent, she likely won’t inherit any of his money either. And seeing that a court battle is already brewing among DMX’s oldest children over the administrator role, it’s doubtful that Desiree will be at the top of their minds when it comes to dividing up their late father’s assets.

Just a month after DMX’s death, five of his adult children petitioned the Westchester County Surrogate’s Court seeking to be named administrators of their late father’s estate. According to the New York Daily News, the first filing was made by DMX’s daughters Sasha Simmons and Jada Oden on May 10, while DMX’s three adult sons with Tashera Simmons Xavier, Tacoma, and Sean filed their petition to be appointed administrators on May 10.

Because DMX was unmarried and died without a will, New York law stipulates that his assets are to be equally divided among his 15 children. However, it’s unclear just how much wealth there will be to go around after all of DMX’s debts to the IRS and other creditors are paid off.

In their court filings, his daughters estimated the worth of DMX’s estate at less than $50,000, while his sons put the value at less than $1 million. Media reports of DMX’s net worth at death also vary widely, but they all show him deeply in the red. Celebrity Net Worth, for example, puts his net worth at negative $1 million, while MoneyInc estimates his total net worth was a whopping $10 million in the red.

If DMX was so deeply in the hole, you might wonder why his children would be in such a rush to be named administrator of his estate. While each of DMX’s children stand to inherit an equal share of his assets under the law, his older kids are likely vying for the administrator role in order to gain control over the estate’s future earnings.  Upon his death, Billboard estimated that DMX’s total music and publishing royalties were worth $17.7 million, and given the rap star’s popularity and extensive catalogue, those assets are likely to steadily increase in value as the years go by.

Whoever is eventually appointed to administer DMX’s estate will not only be paid a commission, but more importantly, that person will also be in charge of making all of the estate’s future business and financial decisions. Furthermore, the administrator will also be in charge of reviewing and approving the claims of competing heirs. With such power and money on the line, it’s not surprising so many of DMX’s children are jockeying for the administrator role.

Unfortunately, as we’ve seen with both Prince and Aretha Franklin, such family disputes can last for years, tearing the family apart, costing the estate millions in legal fees, and exposing the family’s private lives to tabloid headlines. And in the end, the court may decide to avoid causing a family squabble by appointing a neutral third-party administrator to manage DMX’s estate, leaving a total stranger in control of his life’s work.

The saddest part of this whole situation is that virtually all of the conflict, expense, and trauma that DMX’s loved ones are likely to endure could have been easily prevented with straightforward estate planning. Using revocable living trusts, for example, DMX could have ensured that his children and fiancée would have immediate access to his assets upon his death or incapacity, avoiding the need for court involvement altogether and keeping the contents and terms of his estate totally private.

At the same time, using special asset protection trusts, DMX could have named a person, or persons, of his choice rather than a person chosen by the court to manage his music and publishing assets upon his death, thereby ensuring DMX’s artistic legacy is honored and preserved in the exact manner the rap legend would want. Furthermore, DMX could have used asset-protection planning to minimize his tax liability and shield his recording and publishing royalties from creditors in order to maximize his estate’s future revenue potential and guarantee his loved ones a source of income for generations to come.

The Power Over Life and Death

Finally, DMX’s story highlights the vital importance of incapacity planning. Estate planning is about more than planning for your eventual death; it’s also about planning for a potential incapacity from accident or illness.

In DMX’s case, his incapacity was brought on by a cocaine-induced heart attack, and he lingered in a coma for a week before being removed from life support. Because he didn’t have any planning in place, DMX’s mother, Arnette Simmons, was reportedly put in charge of making all of DMX’s medical decisions, including the ultimate decision to remove him from life support. And as we reported last week, this is the same woman who is said to have abused DMX when he was a child.

While DMX reportedly reconciled with his mother in recent years, he may have preferred to have someone else like his fiancée Desiree in charge of making life and death decisions for him. Additionally, although DMX’s mother and children were reportedly cordial with Desiree while he was hospitalized and did allow her to visit him, because they weren’t married, his family could have just as easily denied Desiree the right to see DMX during his final days. DMX could have prevented all of this with proper estate planning.

Through a medical power of attorney, DMX could have granted an individual of his choice, such as his fiancée, Desiree, the immediate legal authority to make decisions about his medical treatment in the event of his incapacity. And with a living will, DMX could have provided detailed guidance about how his medical decisions should be made during his incapacity. Such guidance could include instructions for everything from who should be allowed to visit him in the hospital and what kind of food he would want to specifying if and when he would want life support removed.

Regardless of your financial status, planning for your potential incapacity and eventual death is something you should take care of immediately, especially if you have children. As we saw with DMX, you never know when tragedy may strike, and through estate planning, you can save your family from needless disputes, expense, and embarrassing public exposure.

Beyond just passing on your material assets to your loved ones when you die, estate planning is also critical to ensure you’ll be properly cared for in the event of your incapacity from illness or injury. And when done right, estate planning doesn’t just help you plan for incapacity and death, but makes your life better as well by giving you the peace of mind of knowing you’ve made the right legal and financial decisions for yourself and those you love.

Whether you already have an estate plan created or nothing at all, meet with us, your Family Lawyer, to discuss the specific planning strategies best suited for your asset profile and family dynamics. With our guidance and support, we can ensure that your loved ones will stay out of court and out of conflict no matter what. Contact us today to schedule an appointment.